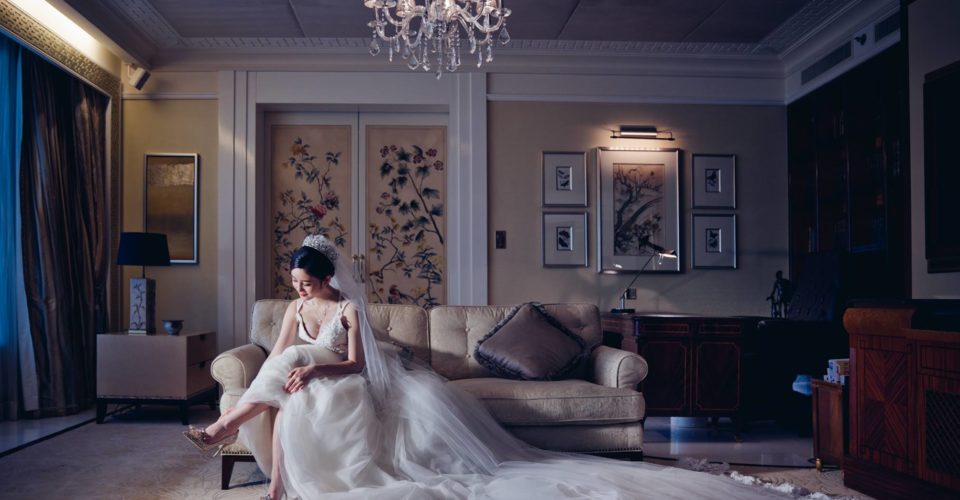 A wedding might only last a day, but it’ll be a day you’ll be looking back on for years to come. That’s why your choice of wedding — or pre-wedding, or engagement — photographer definitely deserves plenty of thought. To make your decision easier, we’ve rounded up some of the best wedding photographers in the city, who each boast a distinct style and set of accolades. 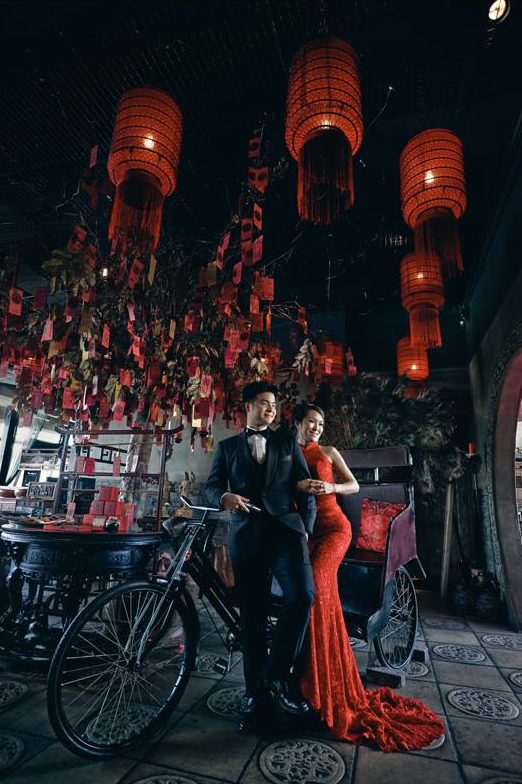 If you’re after wedding shots with some serious star quality, look no further than Dennis Mok. With 16 years of experience and over 1,000 weddings under his belt, Mok is an award-winning photographer who’s shot celebrities and other personalities at locales as far flung as the Maldives and Switzerland. He’s also Sony’s Hong Kong Image Ambassador. Mok specializes in luxury weddings and his style is full of romantic drama.

Perhaps better known as @hurtingbombz on Instagram, Justin Lim is a wedding and lifestyle photographer who has also done photojournalism pieces for the likes of BBC and The Guardian. His quirky and arresting shots have earned him spots as a featured user on social media platforms Instagram, Flickr and VSCO—and he brings his unconventional, documentary-like style to his wedding photography, too. In addition to weddings, he also does events, interiors, portraiture and family shots through his bespoke production studio The Kandid. Sophia Kwan and her team are experts when it comes to capturing emotional moments in an informal yet memorable manner. Her relaxed, laid-back style, which allows natural light and candids to tell the story, caught the attention of wedding magazines such as Elle Weddings and Bride and Breakfast. If the idea of stiffly posing for your picture doesn’t appeal to you, seek out Kwan for your engagement or wedding shoot. She does boudoir and family photography, too. 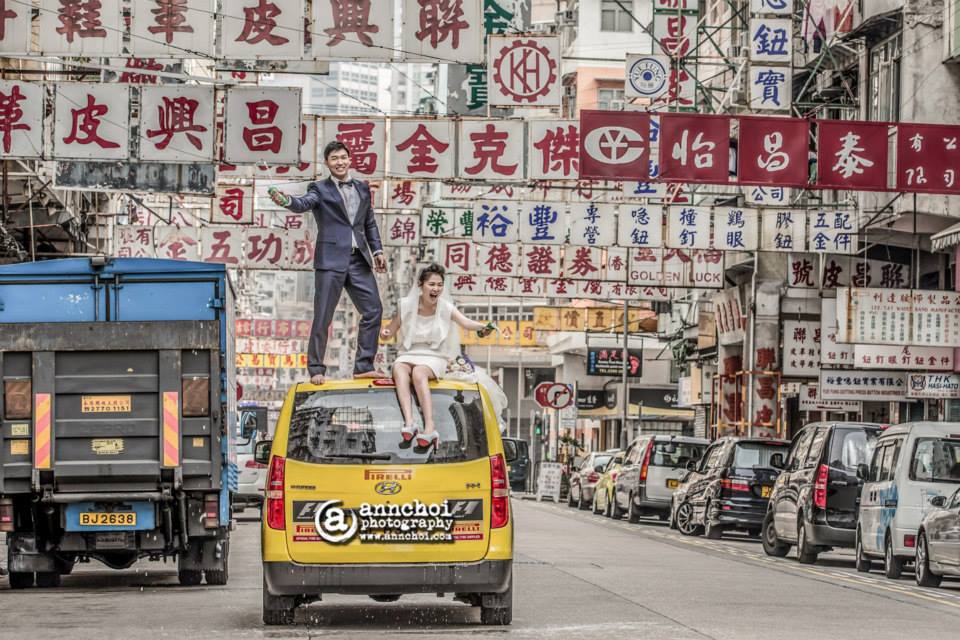 A well known name on the local wedding photography scene, Ann Choi studied photography in Germany and the US, and her background is in multimedia — think everything from television production and film directing to scriptwriting and magazine editing. It’s no surprise, then, that her photography is vivid, playful, and imaginative — more like set pieces or stills from a movie. Give Choi a ring if the idea of posing like you’re about to make a bicycle getaway in Sham Shui Po is more appealing to you than your typical couple shots. Choi is available for pre-wedding and wedding shoots either locally or overseas — among an array of other services. 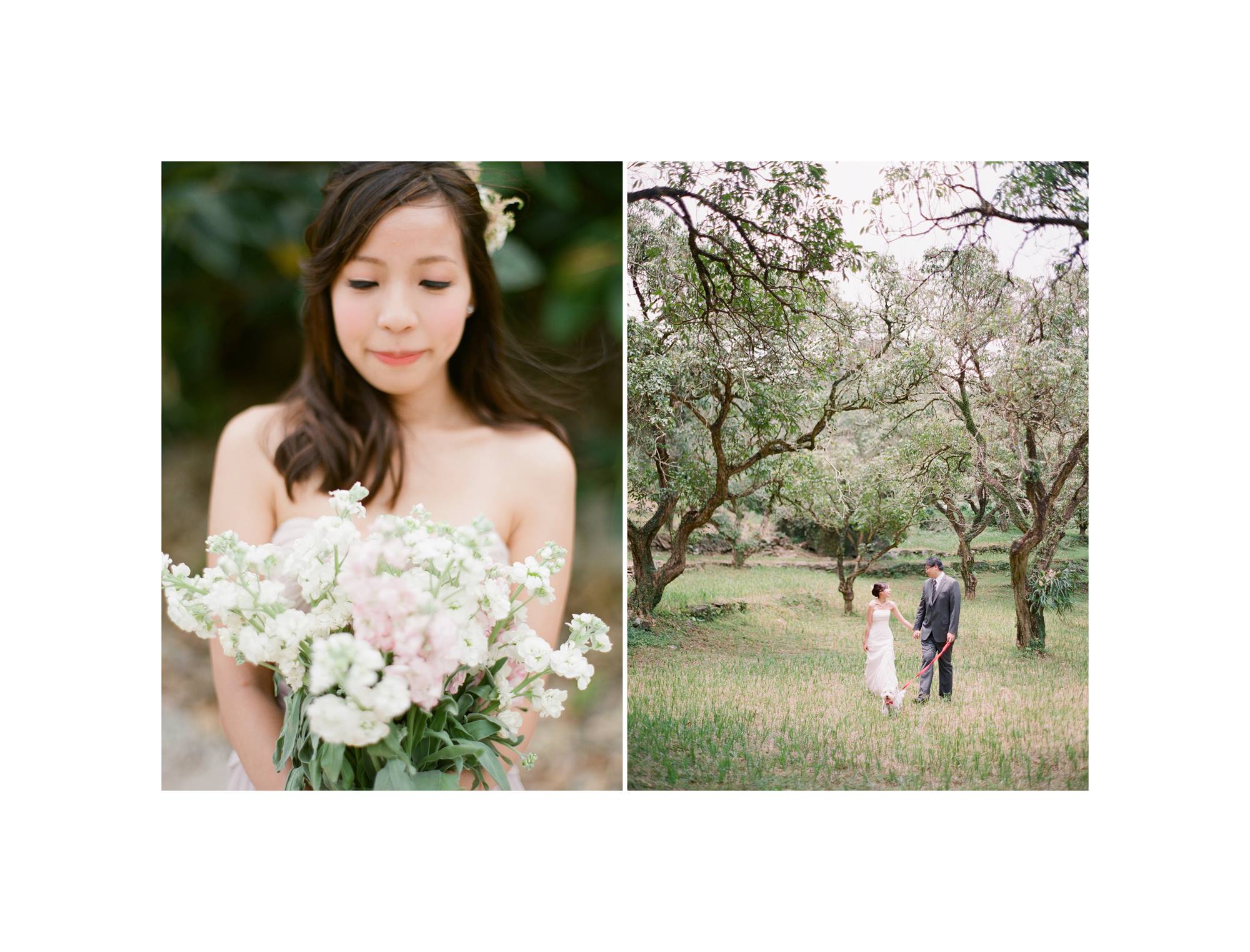 Isa brings a touch of dreamy, vintage romance to any shoot. Her engagement and pre-wedding shoots set in nature are particularly stunning. She’ll even shoot on film if you’re looking for something a little more unique. She’s also available for destination weddings. 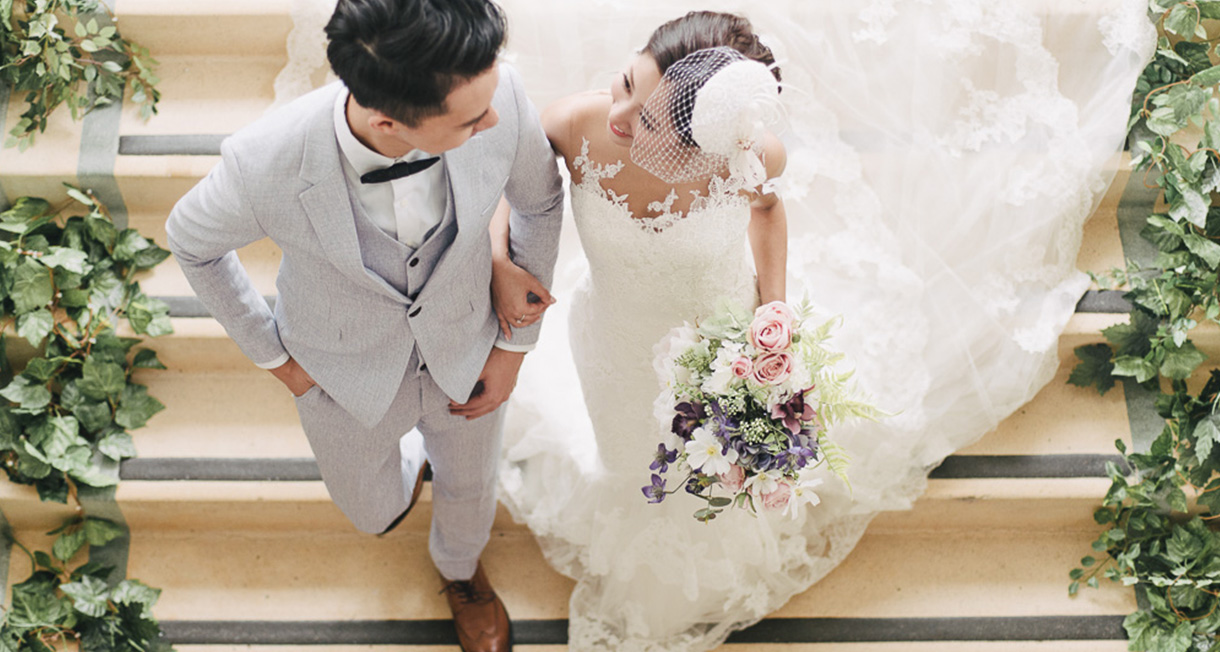 After studying film and media production and shooting in the UK, Jeremy Wong returned to Hong Kong to found his eponymous wedding photography and videography studio. He’s shot over 400 weddings in Hong Kong and across the globe, netting a number of awards along the way. His work is creative and cinematic.