The Stories of Three Amazing Mothers in Chinese History 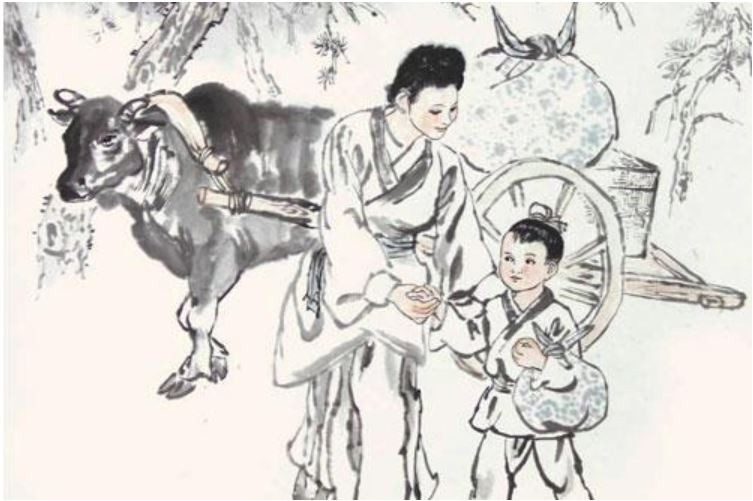 When it comes to Chinese mothers, are tiger moms the only image that comes to mind? With Mother’s Day around the corner, we’d like to revisit some of the most famous stories about motherhood in Chinese culture. Some are stricter than others, some more compassionate, but all of them are all super smart and resourceful. Read on to learn more about these celebrated mothers in Chinese history.

Ouyang Xiu (歐陽修) is an important poet and politician in the Song dynasty, and his mother is credited for his education and literary achievements. Known for her integrity and compassion, his mother Zheng raised Ouyang as a poor widow. Despite their circumstances, Zheng still insisted on educating his son. She had no money to buy pen and paper, and drew on sand with weeds to teach his son how to write. Her efforts paid off when Ouyang passed the national test and started working for the government.

During his time in the government, Ouyang was demoted for his support for political reforms. Zheng, however, did not express disappointment nor criticism towards his son’s decision. Instead, she was proud of him for standing up to what he believed was right. She also comforted him by saying that they would have no problem making it through as they had always been poor. As long as he remained strong in spirits, that was all she wanted.

Mencius (孟子) is a famous Chinese philosopher from the Zhou Dynasty (510–314 BC) and a student of Confucius. One of the most well-known Chinese idioms 孟母三遷 (Meng’s mother moves three times) originates from his mother’s dedication to give Mencius a good environment in which to grow.

When Mencius was three, his father passed away and Mencius’s mother raised him all by herself. They lived next to a cemetery, and his mom noticed that he was picking up habits from grieving relatives. They moved next to a market, but Mencius began to play bargaining and slaughtering games. His mother decided to move again, and this time, she chose a home next to a school. She noticed that the students and teachers nearby began to have a positive influence on Mencius, who became more mannered and eloquent. The story praised Mencius’ mother insights that the children are hugely impacted by the environment, and her dedication to find a good spot for her son.

Another famous story of her is 斷機教子. When Mencius skipped school, she did not scold or punish him. Instead, she cut apart the threads on the loom, and explained that if he did not learn and grow, he would be like these broken threads — unable to perform its function and become a fabric. It communicated her point across, and Mencius worked hard ever after and became a famous scholar.

Arguably the most famous philosopher in Chinese history, Confucius is best known for his belief that education should be available for all. Guess who he got these ideas from? Most likely, his mother, who raised Confucius as a widow and was an accomplished teacher in Chinese language, arithmetic, culture and etiquette herself! When Confucius was three, his father died. Even though they were poor, Yan decided to take a risk and raise Confucius at Lou, the capital city. Her father was a teacher, and she started tutoring kids from the neighborhood to make a living. She was beloved for being a wise and kind teacher, who extended her love to all children under her wing.

Confucius later advocated that everyone should receive an education despite their background, gender, and class, which was groundbreaking at the time in which society was deeply hierarchical.