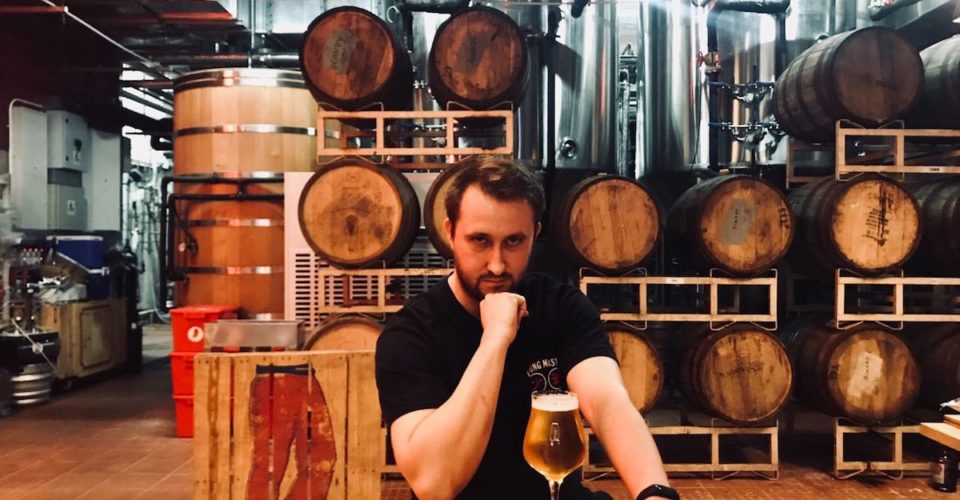 Tom Hanson is no stranger to the brewing scene. He began homebrewing as a hobby in his native UK before moving to Asia some six years ago.

After stints as a kindergarten teacher in Seoul and later Hong Kong, he joined Young Master Ales, one of Hong Kong’s first homegrown craft breweries that played a major role in growing the SAR’s now maturing craft beer scene, in 2015. He got the job partly by winning the Hong Kong Homebrewers’ Association’s annual homebrew competition.

“Life moves in mysterious ways and I got to be part of something really fun.”

Originally moving to Hong Kong four and a half years ago to learn Cantonese and to teach, Hanson says that he was lucky to arrive “just as the local brewing scene started to kick off.”

“At the time, Young Masters had just opened — so as a homebrewer and then as a professional brewer, I got the opportunity to be really involved with how brewing and craft beer in the city grew,” he says. “I didn’t come to the city expecting to move into brewing — but life moves in mysterious ways and I got to be part of something really fun.”

Hanson is responsible for brewing operations — his role includes tasks like creating and executing recipes and sourcing ingredients, as well as scheduling production and helping to run a team of five in the brewhouse.

With a hand in pretty much every sip of Young Masters’ signature brews, Hanson says his biggest motivation comes from beer lovers’ enjoyment of it all.

“It’s nice when you tell people what you do and they know the product and are genuinely interested in knowing more… and knowing that a lot of people get to enjoy something that we have worked really hard on to create.”

His first job? “Washing plates in an Italian restaurant.”

His role model: “In brewing, too many to note! In academia, it would be Christopher Hitchens.”