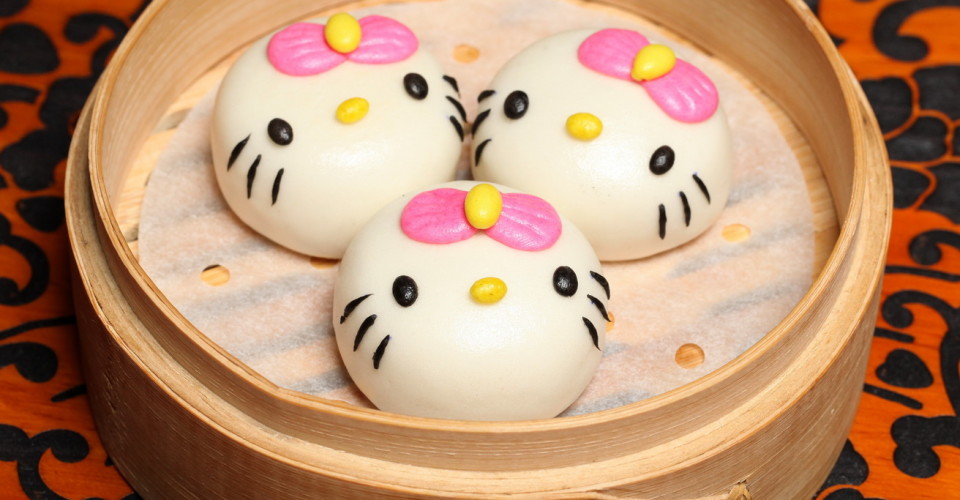 In a city where ceramic waving cats augur wealth and felines stand guard at many local shopfronts, it’s no surprise that we have more than our share of few cat-inspired dining rooms as well. Express your unrelenting love for these fine felines at these cool cat cafes — and don’t forget to Instagram while you’re there.

Everyone’ favorite British-Japanese-Little Girl-Cat has opened up its own spot in Yau Mei Tau to literal fanfare. The iconic cat’s fans flocked to try out Hello Kitty Chinese Cuisine’s cat-shaped dim sum—made with way more care and devotion than you’d imagine. Apparently head chef Master Law had to go through Hello Kitty training, learn the ins and outs of the character and even get all of his designs signed off by parent company Sanrio.

Though it’s more of an Italian-Japanese fusion restaurant, rather than a full-on cat hangout, Cafe Idea sneaks a little bit of feline inspiration into its drink menu where you’ll find staples like the Russian Blue: named after cat breeds. You’ll go for the British short hairs roaming about, but you’ll stay for the creative dishes, which include the likes of bacon samosas and Japanese sweet potatoes. Cat-shaped toast, cat cookies, 10 cats roaming around the cafe… Cat Store, aka Ah Meow 阿貓地攤, in Causeway Bay has the theme down pat. Whether you’re a legit crazy cat person or just need a little cuddle to get through the week, this adorably kitsch spot should do the trick.