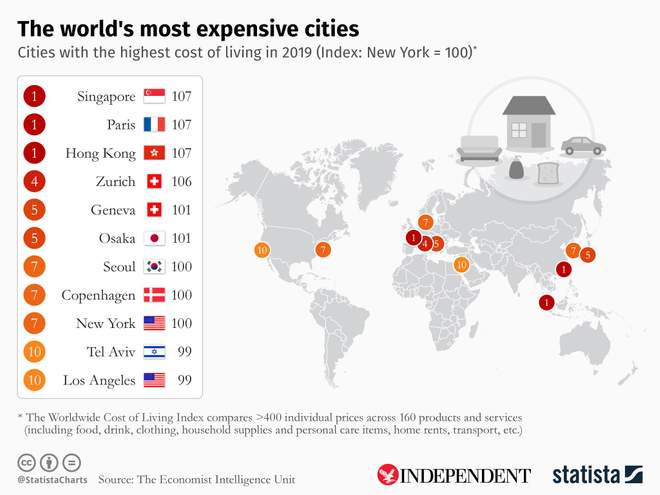 Singapore has been the most expensive city for five years running, holding the top spot since it first passed Tokyo in 2014.

The report comes just a few weeks after The Economist Intelligence Unit released the results of The 2019 Bleisure Barometer Asia, which saw Hong Kong tie for third with Sydney, Australia. The report surveyed 1,500 travellers worldwide to determine which cities in Asia global business travellers enjoyed most for corporate trips with leisure components. The bleisure barometer raises the question is our high rent really the cause for having the world’s highest cost of living, or are there some elements of greed and targeting wealthy business travellers in there too?

These are the world’s top 10 most expensive cities: